Lough Navar Forest is undoubtedly one of the jewels in the Marble Arch Caves Global Geopark.  Located approximately 5km outside the village of Derrygonnelly, this is a spectacular forest extending across 2,600 hectares of bog, heath, open water, native woodland and coniferous forest.  The forest is rich in natural and historical antiquities and is owned by the Forest Service of Northern Ireland. The forest boasts a network of walking trails of varying length and a 10km scenic drive leading to one of the best views in Ireland.  It is hardly surprising therefore that this area is a mecca for walkers, fishermen and outdoor enthusiasts alike.

To reach this forest, travel along the B81 Derrygonnelly towards Garrison. At the T junction turn and proceed for approximately three miles. The entrance to the forest is on the right hand side of the road just after a right hand bend.

The Correll Glen is a designated nature reserve containing a delightful nature trail just across the road from the entrance to Lough Navar Forest. The glen is dominated by native woodland where a combination of birch, oak, ash and holly trees cloak a ravine that has been carved by the fast flowing Sillees river, which is home to freshwater crayfish. A variety of species of butterfly and damselfly, most notably the silver-washed fritillary, the largest butterfly on the island of Ireland, can be seen here during the spring and summer months.

At the entrance to Lough Navar Forest is a small car park with picnic benches. From here a short walk provides views of nearby Carrick Lough where the remains of an ancient crannog or man-made island are still visible.

In the north of the car park there is a small old quarry face, which is now heavily vegetated, where some overhanging rocks are visible. This is part of a much larger feature known as the Blackslee Dyke that is made of a type of rock known as dolerite.

From the Aghameelan Viewpoint there are picturesque views over much of the Fermanagh countryside and further beyond. A patchwork of bog, heath, limestone grasslands and open water habitats are clearly visible. Knockmore Cliff, which is comprised of carboniferous limestone, is a dominant feature in the landscape to the south. Evidence of Ireland’s glacial past is also clearly visible in the many drumlin hills dotted within the landscape. Two short walking trails begin in Blackslee car park and lead to Whiterocks and Lough Slawn.

Letter Lough is a small lake located along the scenic drive within the townland of Letter. However, all is not what it seems as this lake has shrunk to a fraction of its original size. Over the last fifty years, this lake has been gradually infilling and a type of peatland or bog known as raised bog is developing. Raised bogs are dome-shaped peatlands that develop in former lake basins. They are relatively rare and only 9% of Northern Irleand’s raised bogs are currently undisturbed.

The spectacular view from this location is arguably one of the most dramatic on the island of Ireland. At a height of 230 metres, the viewpoint offers a bird’s eye view of Lower Lough Erne and its islands and on a clear day, the rounded Sperrin mountains to the north east, the Blue Stack mountains to the north, and Slieve League, Donegal Bay and the Atlantic Ocean to the west.

The Old Man’s head, is a strange rock outcrop that has been shaped over the centuries by wind and rain. The roadside verges here are typical of upland area plants such as heather and the purple flowered Devil’s-bit scabious are common. These verges are cut late in the season to allow these flowering plants to bloom and set seed.

Lough Achork is one of a number of upland lakes contained within Lough Navar Forest and is the source of the Sillees River which runs though Correl Glen to eventually join Lough Erne near Enniskillen. There are car parking facilities, picnic areas and path networks surrounding most of these lakes, which are packed full of brown and rainbow trout making them attractive places not only for angler’s but, for families alike. A circular walk leads around the lake back to the car park.

At the exit of the forest drive, beside the gateway to the left hand side, there is a narrow grassy path leading to a sweat house, an ancient version of a sauna similar to a Turkish bath. Sweathouses are small beehive-shaped corbelled structures made from field stones which are rarely more than 2m in height and diameter and have an opening just large enough to accommodate one person on their hands and knees. There are a number of sweathouses in the region but these are extremely rare monuments elsewhere in Ireland, being found mostly in Counties Fermanagh, Cavan, Leitrim and Sligo. 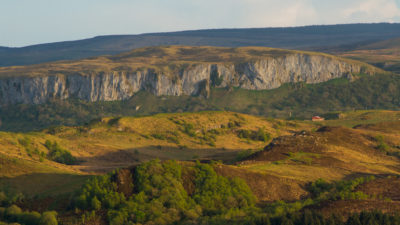 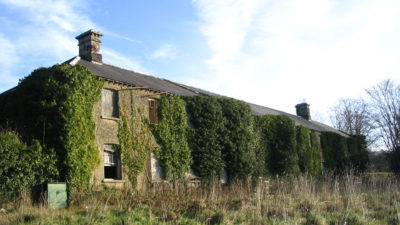