Have you benefitted from the Arney Battlefield Trail?

The key players behind the development of the Arney Battlefield Trail are seeking to gauge the benefits it has provided to the local community and beyond.

A short online survey click here  has been developed to gain the input of those who have used the trail since its launch 12 months ago.  The simple survey will take only 5 minutes to complete and will close on 15th January 2023.

The survey will inform an independent analysis of the Social Return of Investment (SROI) which is a standardized framework for measuring non-financial benefits. The ability to communicate the impact of the trail in simple monetary terms is a useful way to demonstrate its value and in turn make persuasive arguments to protect and grow the resource base for outdoor recreation.

“We know through ad-hoc feedback the Arney Battlefield Trail has been really beneficial to those who have used it. This survey and independent analysis will allow us to quantify those benefits in monetary terms, for example, we will be to ascertain the return on investment for every £1 spent. For similar trails the return has been as high as £16 for every £1 spent over the lifespan of the trail.” explained Chris Scott, Operations Director, Outdoor Recreation Northern Ireland.

The Arney Battlefield Trail in County Fermanagh Arney Battlefield Trail – WalkNI  launched in December 2021 and provides a 1.9km walking trail which rises gently above the surrounding countryside before dropping down to the site of the Battle of the Ford of the Biscuits. It affords views over the Red Meadow and the fording point on the Arney River in the middle distance.

The trail was a key output of Cuilcagh to Cleenish: A Great Place, which was supported by the National Lottery through the Heritage Lottery Fund and Fermanagh and Omagh District Council. The partnership project was delivered by Outdoor Recreation Northern Ireland (lead partner), Cleenish Community Association, Killesher Community Development Association and the Cuilcagh Lakelands UNESCO Global Geopark (Fermanagh and Omagh District Council).

The Arney Battlefield Trail was specifically funded by the Department of Agriculture, Environment and Rural Affairs, the National Lottery through the Heritage Lottery Fund and Fermanagh and Omagh District Council. It was made possible through the valued support of eight local landowners. 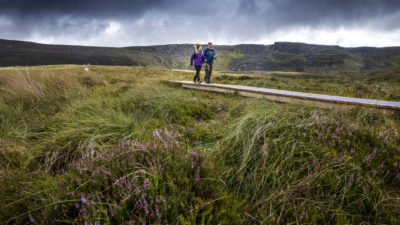 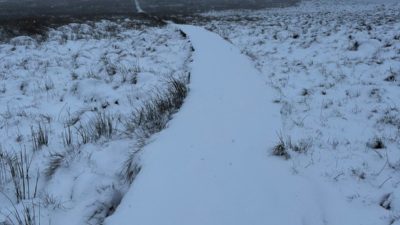 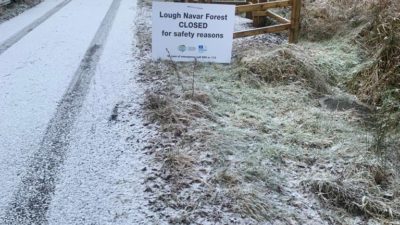 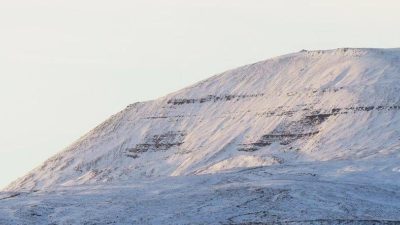