Drumlane Abbey is located just outside the village of Milltown, County Cavan. It overlooks the picturesque Grafinny lough and is home to a fascinating monastic site that hosts an abbey, a monastery and a round tower that is remarkably still intact, even after nearly 1500 years.

The round tower was constructed in the year 555AD. Although the monastery is closely affiliated to St. Mogue, it is believed the site was constructed some time before his arrival and most likely by St. Colmcille. The circular round tower, which stands next to the abbey is well preserved and is recognised as the only surviving round tower of its kind in the dioceses of Kilmore. Round towers were built throughout Ireland between the 5th and 13th Centuries.

The original tower would have been made of wood, but was replaced with stone in the 12th Century under the stewardship of Augustinian monks. It was built with a much wider circumference than many other monastic round towers of its era, which may help explain why it has stood the test of time.

The monastery was used as an Anglican church up until 1821. After this, the monastery was abandoned, until it became recognised as a space of such historical and cultural significance.

The space has been described by visitors as “atmospheric” and is a wonderful place to enjoy some solitude. 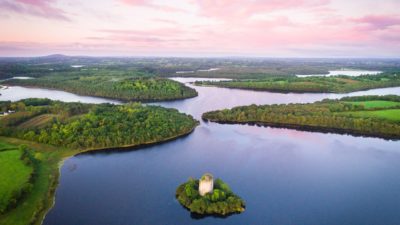 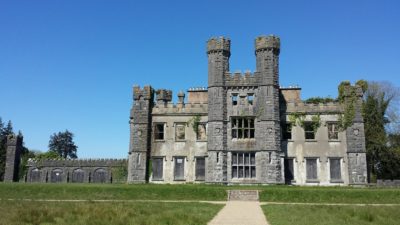 Distances are from Drumlane Abbey